VEN (BOLLYWOOD) — Ever since she was a little girl, tomboy Nimrata Randhawa enjoyed climbing trees and working on outboard motors and automobile transmissions. 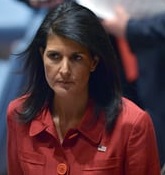 “Acting like a man, made me feel more like a girl,” Ms Randhawa told VEN‘s Senior Gender-Neutral Correspondent Edward Wood during a brisk game of 8-ball at Ginger’s in Brooklyn Tuesday, which Ms Randhawa won easily to the delight of her Sapphic entourage.

“Men are idiots.  And that’s where I come in.  My job is to remind them that they need to take out the trash, cut the grass, open jars, and get things off high places.  Like a Sikh guru,  I trained my voice to sound worse than finger nails on a blackboard.  And boy can I be mean!”

“For those who don’t have our backs, we’re taking names.  Not bad, right?

She repeats the line, only more ominously this time.

So how does she feel about voicing Petruchio in the new Disney Taming of The Shrew? 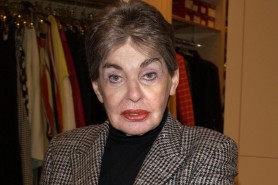 “I told them the character needs balls, OK, so I played him as a woman.  I out-shrewed the shrew.

“When I think of Kate I think of the UN General Assembly, and I just let her f^^^ing have it, like I’m f^^^ing  Leona Helmsley  in drag and I just got my tax bill!”