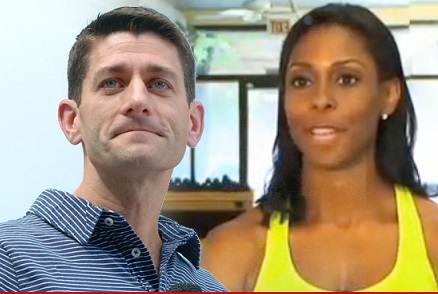 VEN (WASHINGTON) — In a shocking development, Speaker of the House Paul Ryan (R-WI) announced Tuesday that with the support of his wife and family, he will be leaving Washington at the end of his term in 2018 to concentrate on his life dream of becoming a black power forward in the WNBA.

“I loves me duh roundball!”  an exuberant Mr Ryan (who now wants to be known as Miss La’PaQuanda) told reporters early Tuesday.

“Trump be like all up mah grill an shit fuh hella long time, so I tell mah baby mama, gurl! Ima cut muh d*** off fuh real this time, get me some weaves, an go all Rachel Dolenz on America’s azz!

“So — how y’all bitches like me now!” a defiant Miss La’PaQuanda snarled at a bewildered press corps, as s/he began to do what many in attendance believed was an bizarre attempt at an impression of heavyweight world champion and boxing icon Muhammad Ali.

“I can bobs, an y’all KNOW I can weave, but y’all muthaf**kas better not EVAH be callin me Paul or Steve.  Y’all feel me??” 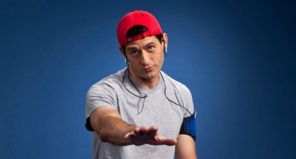 The former Mr Ryan’s office issued a statement denying that during his press conference the Congressman was under the influence of ibogaine, a  powerful psychoactive drug  derived from the Apocynaceae family of plants in the Congo, once used in the treatment of opiod addiction.