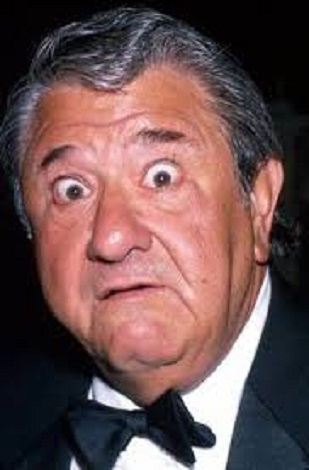 VEN (NEW YORK) — Disgraced Congressman and Carvel Ice-Cream Cake mogul Jerry Nadler is being sued in the Civil Court of the City of New York for $25,000,000.00 by the family of deceased funny man Buddy Hackett, after Mr Nadler repeatably violated a cease and desist order preventing him from claiming — as he did recently on the Today Show — that he is the late comedian’s

love child, and was conceived during an alleged drunken tryst in the lobby of the Sir Francis Drake hotel in San Fransisco in 1962 while Mr Hackett and then housewife Phyllis Diller were celebrating the opening of The Music Man, in which Mr Hackett had a supporting role.

This latest imbroglio follows in the wake of Mr Nadler’s bizarre assertion on CNN in late February that he was going to be the first human balloon in the annual Macy’s Day Parade, a claim that was vigorously denied by Federated Department Stores — the owner’s of Macy’s — and later proven to be false.

During a tearful news conference outside Junior’s Cheese Cake on Broadway and 45th Street in early March, a contrite Mr Nadler claimed that a combination of Ambien and an addiction to high-fructose corn syrup — for which he is seeking treatment —

caused him to imagine himself as a blimp floating several hundred feet above Manhattan and engaging in Climate Change discussions with close friends Under Dog, Sponge Bob, and Bullwinkle The Moose.

“I just wish my real father — a man I admire tremendously and a true comedic icon — had taken me to the parade, you know,  just once when I was a little boy!”