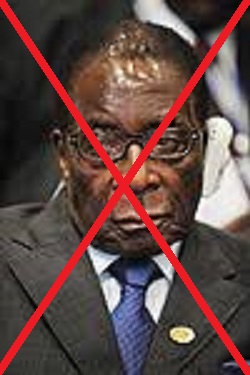 VEN (HARARE) —  After failing to secure an African League American Football franchise when the Trump administration blocked the 100 billion dollar aid package to Zimbabwe promised by the Obama administration, 93-year-old Robert Mugabe was forced to resign the presidency in late November  that he had held for over 30 years.

“This is a sad day for Zimbabwe,” former Mugabe spokesperson Thomas Muzenda told reporters Sunday.   “We will have to say goodbye to 1600% inflation and quite possibly tuberculosis and the plague.

“And to think that this year Robert and his wife Grace were once again presented with the International Ceausescu Award for Extravagance and Depraved Indifference, beating out Michelle and Barack Obama for the first time in eight years!

“Now Emmerson Mnangagwa — known affectionately as The Crocodile — will be Zimbabwe’s new president.  And we are hopeful that he will murder only two or three hundred thousand people in the next few months as he restores order to our troubled land!” 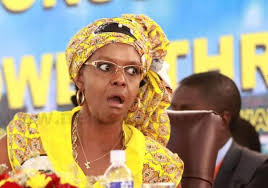 As part of the negotiations to force Mr Mugabe to resign the presidency, he was given 10 million USD as severance, but only after his wife’s many credit cards were shredded at a public ceremony on Zulu TV’s Popular Flaming Necklace channel which is broadcast to all of Sub-Saharan Africa, with affiliates in Baltimore, East St Louis,  Berlin, Paris,  Copenhagen, and Detroit.