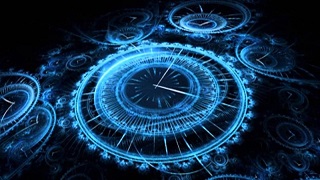 “It’s really the only thing that makes sense, and would explain the changing timelines, claims of multiple shooters from various locations, missing evidence,  confusion about when he checked in,

his missing luggage, lack of spent shell casings, and the conflicting reports about who shot Mr Paddock and who Mr Paddock shot in the hallway after killing himself in his hotel room when — we now believe — he activated the time machine one final time to make his escape, but before he had chance to get into it, he was interrupted by Security Guard Jose Campos knocking on his door.

“Realizing his blunder, and unable to stop the time machine from departing,  a despondent Mr Paddock then shot himself in the head.

“Later — and under the circumstances, I use that term loosely —  an LVPD officer inadvertently shot the possibly not-yet-dead Mr Paddock in the head a second time when Mr Paddock failed to respond to the officer’s command to move away from the time machine with his hands up.

“I know it sounds incredible — especially if you’ve never seen Quantum Leap — but the FBI Crime lab has confirmed that this is the most likely scenario.

“Our biggest concern now — based on Mr Paddock’s obsession with Woody Allen’s Midnight In Paris — is that people in the past may find whatever it is he sent there and then inadvertently alter human history.

“To that end we are working very closely with NASA, Louis Livermore Laboratories, and CERN to make sure that doesn’t happen.”