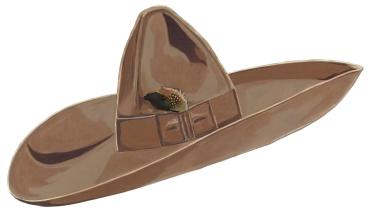 Mr Kushner had planned to use the one-of-a-kind sombrero to shield his exquisitely delicate skin from the brutal IRAQI sun, and was furious when it could not be located among his 400 pounds of Louis Vuitton crocodile mat matching luggage.

Later —  upon his return to Washington — Mr Kushner became even more furious when Katie Walsh told him what Mr Bannon had done.

So furious, in fact, that after a heated argument with Mr Bannon, he stormed out of the West Wing, and went immediately to the Old Ebbitt Grill where he ordered an extra-large Cosmo with Grand Marnier instead of Cointreau, while his Secret Service detail shielded him from other patrons.

Later a still distraught Mr Kushner was joined by his wife Ivanka,  who ordered a plate of cucumber sandwiches for him and several petit four, in what appeared to be a vain effort to console him.