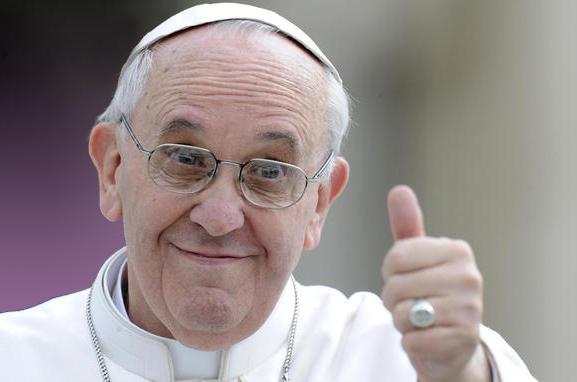 VEN (ROME) — On Saturday, Vatican spokesperson Cardinal Guido “The Big Cappuccino” Berlusconi confirmed that Red Pope Francis has decided — after meeting with an ecumenical council of three rabbis, a defrocked Anglican bishop, a representative of Imam Ali Khamenei, several members of the Church of Satan, a Santería priestess, President Zelensky of the Ukraine, and “Buddy,” a snake worshipper from Mena, Arkansas — to proscribe the celebration of the beloved Tridentine Latin Mass or Traditional Rite, declaring it anathema, and will instead promote a new and improved Esperanto Novus Ordo Mass “to make the liturgy more universally appealing, especially to non-Catholics.”

From Rome to Milan, in mostly peaceful demonstrations, effigies of the pope were hung and set on fire.

Conservative bishops, who have resisted the liberal changes brought about by Vatican II, are now openly referring to His Holiness as the “Mass Nazi.”