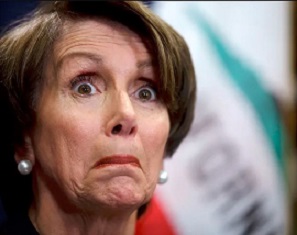 VEN (HOLLYWOOD) — Everyone knows the story of how Speaker of the House Nancy Pelosi (D-CA) became the first white girl to dance on the immensely popular African-American music-dance television program SOUL TRAIN in the early 1970s, and how her decade-long affair with the show’s host and executive producer Don Cornelius helped  launch a career in politics spanning two centuries and 12 presidents.

What you probably didn’t know is that Congresswoman Pelosi — or Shironda P as she was known on the show — spent 6 years — from 1971-1976 — passing as a black girl from Watts!

“I mean you could smell the shoe polish a mile away.  Finally one of the makeup artists took her to Kresge’s and got her some grease paint and cold cream and a Angela Davis afro wig.

“That’s when she caught Don’s eye.  And the rest — as they say — is history.  Now they all sayin’ she should resign for cultural misappropriation, whatever the f*** that is,  and lyin’ about pretending to be black.

“Hell, she was more black than Shaun King or Barack Obama.  And a better dancer than Sheila Jackson Lee!

“The girl had game!   Shironda P doin’ the boogaloo.  Damn, how I  miss those times!”