VEN (ROME) — Amidst growing accusations that Pope Francis ignored and may have  even helped cover up sexual misconduct by the clergy, a defiant Francis issued a proclamation Sunday banning plastic straws and cups from the Vatican Commissary “in an effort to allow little boys in emerging nations all over the world to swim in clean plastic-free oceans without the necessity of bathing suits, which — as we all know — are hateful to God.”

The Cardinal further explained that whereas the Pontiff reaffirmed that Hell still does not exist, this was not meant to ameliorate the presumed sufferings of legions of pedophile priests, many of whom — the Cardinal stressed —  have already confessed their sins, been moved to other parishes,  and continue to receive Papal absolution on a daily basis or “whenever the Great Temptation in the form of a coquettish, 8-year-old boy challenges their Faith.”

“Hey,  I mean, you ever been to a YMCA?  It can be quite a trial for the faithful, let me tell you.  Which is why Francis had the Pater Noster retranslated.  It’s not God leading us into temptation, it’s those little naked 8-year-old boys splashing each other in the pool at the Y!

“The new translation — I think I can speak for everyone in the clergy when I say it’s a big load off.  Believe you me!” 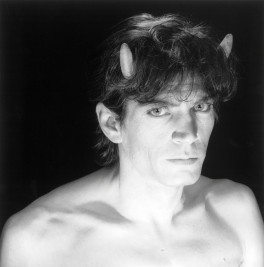 The Cardinal also denied reports that the Vatican canceled the much ballyhooed Mapplethorpe exhibit at the Musei Vaticani, Collezione Arte Religiosa Moderna, following the sexual abuse scandals in South America and the United States involving some of the most senior member of the Catholic clergy.

“Hey, what’s the big deal?  The Pontiff also canceled his plans to attend Burning Man this year.  He’s not feeling well.  He’s been under a lot of stress lately.

“By the way, it’s the first time Francis missed Burning Man since 1990 when Elton John and Freddie Mercury appeared together at the Tops y Fondos Club Cubano in Buenos Aires, but he’s been following along on his iPad whenever he can.

“Unfortunately, this little boy thing has really started to take a toll on the Pontiff.  The few remaining straight priests in the Curia have begun referring to him behind his back as Pope Jacko, if you can believe that!

“Anyway, we’ve been playing The Pet Shop Boys to cheer him up, and praying day and night to Saint Valtrex for his speedy recovery!”