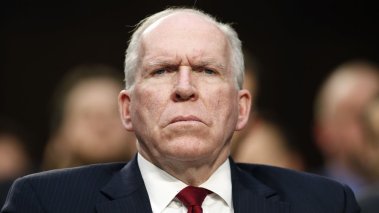 VEN (LANGLEY, VIRGINIA) — Every morning at precisely 05:30 hours former CIA Director John Brennan works out for 15 minutes on his treadmill while reading the Washington Post “to make sure they got it right,” showers for exactly 3 minutes, then drinks exactly 4.0 ounces of black mamba or cobra venom (“whatever’s in season”) while he eats a small bowl of falafel, raisins, and goat’s milk before hosting a 10-minute conference call with network news executives to discuss the stories he wants them to run that day.

“The snake venom,” Mr Brennan explains, “would kill an ordinary man. Trump, for example, would be dead in 5, maybe 10 seconds.

“But I’ve been doing it for over 40 years. Keeps you sharp as a tack. It’s something I learned from an old Bedouin chieftain many years ago on the second day of my first Hajj. That’s with two “J”s, by the way, if you’re taking notes. And no, I’m not a Muslim.”

In an exclusive interview with VEN‘s Senior Intelligence Analyst Dr. Maynard G. Krebs, Mr Brennan explains the unique relationship that has obtained between the Intelligence Community (IC) and the President of the United States since the end of the Second World War.

In your book The Men Behind The Veil, you make it very clear that you aren’t a fan of Presidents Truman and Eisenhower. Why?

“Why? Truman was a hard-headed kulak who fired MacArthur just as we were about to start WWIII with China, so we immediately replaced him with Ike.

“And to keep Ike in control, we put Nixon on the ticket.

“When Ike started wondering why his mandates weren’t being followed and asking questions about Guzman and Honduras, we arranged for him to have his first heart attack.

“That did the trick.

“Of course, he tried to f*** us when he left office with all the Military Industrial Complex bullshit, but we knocked that out of the news cycle with more Khrushchev Red Scare bullshit.”

What about the election in 1960? How did you let JFK become president? 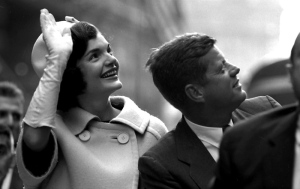 “Nixon/Lodge was our wet dream ticket. But the timing was off.

“We were too busy trying to get the mob back into Cuba and took our eye off the ball just long enough for Kennedy to steal the election, something  — thank God — we eventually rectified after a lot of hard work and planning in 1963.

“Our fail safe on that one was putting Johnson on the ticket. When he became President he signed off on Vietnam, buried the Bay of Pigs thing with the Warren Commission, and played along on the Gulf Of Tonkin gambit, but then for some reason got cold feet after the Liberty fiasco.

“So JJ McCloy and the Dulles brothers took him out to lunch at the Mayflower Hotel, and the next day he announced on live TV that he wasn’t seeking a second term.”

“Dick had been an asset since the 50s. We were delighted when we made him President. Then what happens? The guy suddenly thinks he’s really in charge!

“Like Dick Helms used to say — we had another f^^^ing JFK on our hands! I mean the guy meets with fu**ing Red China! He’s trying to get us out of Vietnam before all the steel mills are burned out and the steel companies can relocate to the Pacific Rim??”

So you got rid of him?

“Let’s just say he was forced to resign and leave it at that.”

What about Gerald Ford and Jimmy Carter?

But Carter stopped following the script, is that correct?

“That’s right. He went off the reservation with all that goddamned IC reform. We warned him twice, but he wouldn’t listen.

“So we wrecked the economy, got the imams in Iran to overthrow the Shah and take US hostages, sent his mother to Gof**kastahn when she was in the Peace Corps, and had Ted Kennedy run against him in the primary, which split the party and got Reagan/Bush elected.

“I suppose it was overkill, but he really pissed us off!”

And then you tried to eliminate Reagan. Why?

“That’s still classified, but I can tell you this — Ronnie was never supposed to last beyond the first year; he was just a cutout for former CIA Director Bush.

“But the agency budget was cut, we had some issues with diversity hiring, and as the kids say yadda yadda yadda we got the wrong shooter and Reagan survived.

“But Bush and Haig ran everything after that, then in 1989 after the Iran/Contra fiasco, Bush became President, so problem solved.”

And can you speak a little about what many refer to as the Golden Years in the Intelligence Community?

“You mean our beautiful goddamned Dynasty that Trump wrecked? Sure.

“We did anything and everything we wanted to do and made a lot of people all over the world an awful lot of money!

“And with HRC — another prized asset — we would have had another 8 years!

“And during her Presidency if she got amnesty for illegals and open boarders — which we were already working very hard to tee up for her — we would have turned America into a third-world shit hole and been in power forever!”

But that didn’t happen. Why?

“Because we screwed up and started believing our own goddamned propaganda! 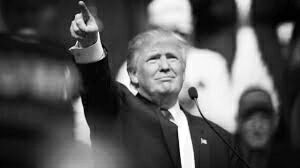 “And now — despite our best efforts, including liberal, anti-American federal judges, Antifa, Black Lives Matter, the bullshit Russia investigation, endless dirty tricks, and the entire media complex that we control — that bastard has already started undoing decades DECADES of our hard work!”

And your greatest fear?

“That he actually wakes up the sleeping giant that we spent over 60 years putting to sleep!”