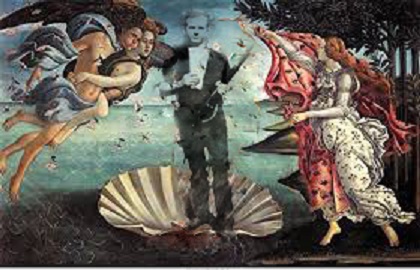 VEN (DALLAS) — A now-deceased former junior archivist at government contractor Jaggars-Chiles-Stovall where alleged JFK assassin Lee Harvey Oswald worked briefly as a photoprint trainee in July 1962, apparently purloined a strange image from the now defunct company, which came to light during an inventory of the man’s estate in early March of this year.

“Like Botticelli’s Venus, Oswald is standing contrapposto in an anatomically impossible pose.

“And whereas the Venus has no shadows, the Oswald photograph has a series of bizarre, mutually exclusive shadows from different light sources which researchers have long argued suggests a composite photograph designed to frame Oswald.

“If we can find a devotee of Botticelli and the Italian Renascence who worked at Jaggars-Chiles-Stovall — even if he is no longer alive — we may be able to open a whole new line of investigation into the JFK assassination.”

“It is a well-known fact that like his contemporary Leonardo da Vinci — who was also a renown homosexual I might add — Botticelli had what we might think of as Nostradamus-esque visions brought about by vast quantities of Chianti and a large skrying bowl, gifted to him by his patron, Lorenzo de’ Medici, whom we believe was in all likelihood heterosexual and a Morrano Jew.

“Botticelli’s lost notebooks are replete with strange pen and ink drawings of  what he referred to as L‘Uomo in Nero — The Man in Black —  who — coincidentally — bears a striking resemblance to lone assassin Lee Harvey Oswald.

“And that’s where the similarities end.

“With all due respect to Mr de Hory, the real question here is not if the Oswald backyard photographs were somehow  altered (which would have been impossible with 1962 technology).

“No, the real question is what  happened to the original Nascita di Venere, which — obviously — was painted not with Venus but with this disturbing shadowy figure (Botticelli’s gay lover perhaps?), the mysterious Uomo in Nero.

“That’s what these  JFK assassination researchers should spend their time investigating.

“The Warren Commission got it right.  Lee Harvey Oswald — a  loner, a misfit, a genetic mistake embittered by his inability to realize his life’s dream of becoming a banker — acted alone. 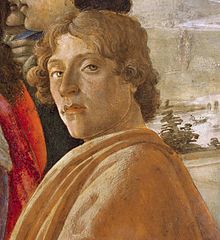 “The frustration of being a dyslexic working in a book depository became too much for him, and so — not surprisingly — one day he just had enough and decided that the only thing left for him to do was to impersonate himself all over Dallas for three or four days, buy a notoriously inaccurate  mail-order Italian Army surplus rifle with a defective scope from Chicago giving his name and address,  and then — acting alone — kill the president.”