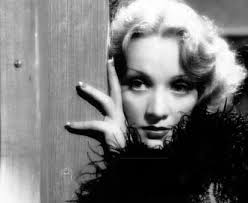 A funny thing happened to me on the way to the Bundestag, Mein Herr.   Ach du lieber Himmel!   Und was ist passiert,  mein Bärchen?   Gott im Himmel,  I thought I was in Kabul — but it was really just Cologne on New Years Eve!

VEN (BERLIN) — And so began opening night for German Chancellor Angel Merkel’s one woman show Ich bin Lola, a bizarre tribute to iconic  German actress and world-renown celebrity Marlene  Dietrich,  performed almost entirely in Farsi for an audience made up almost exclusively of Germany’s new Islamic  replacement population,  who expressed their enthusiasm for Ms Merkel’s performance by defecating in the aisles and raping one another so vigorously during the intermission that ushers were forced to resort to flit guns filled with disinfectant to get them to return to their seats.

“Ever since I became a communist,” Ms Merkel explained to reporters,” I have always seen myself as a kind of Lola — you know, Marlene’s promiscuous, Lorelei temptress in Von Sternberg’s Der Blaue Engel,  except unlike Marlene the whole of Germany is my Professor Rath!

“And like Lola — just because I can — I am luring Germany to its  death with my false siren songs of diversity!  Ha! Wagner certainly got it right all those many years ago when he had  Der Hirt sing  Oed und leer das meer!

“My God,  what a night!  The untermenschen really loved my performance, didn’t 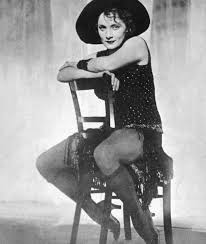 they!  One man in the front row in a bright red turban actually stopped molesting his goat during the finale!

“And let me tell you something, when we opened on the road in Cottbus, that sort of thing almost never happened!”