VEN (DAMASCAS/AUSTIN) — Zaftig, alt-right hyperbolic, Elders of Sion conspiracy theorist and former Trump supporter Alex Jones was the victim of a vicious Thorazine chemical attack by Syria’s President Assad Friday evening, moments before he was to broadcast live from his INFOWARS studio in Austin Texas.

Mr Jones went on a violent, uncontrolled expletive-replete anti-Trump rant which according to authorities made at least two staffers fear for their lives and in one instance begin binge eating a supply of MREs after locking themselves in a nuclear-impenetrable safe-room in the employee cafeteria. 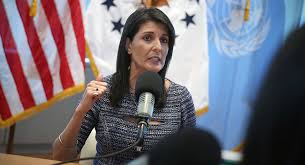 UN Ambassador and former adulteress Stevie “Nikki Nicks” Haley — likening the gassing of Jones to the attack on the Pentagon by a cruise missile during 9/11 — explained to reporters Sunday that the toxic substance was apparently delivered to Mr Jones via FEDEX in the form of a 4 oz bottle of exclusive Repeal the 14th Amendment men’s cologne ostensibly from Anti-Brexit UK white supremacist Nigel Farage.

“However,  based on the postage used,” Ms Haley explained,  “UN investigators now believe that the package

was overnighted from Douma, the site of recent gas attacks that Mr Jones incorrectly believed were a pretext for destabilizing Mr Assad’s Christian Syrian regime with the larger intent — also incorrect — of starting a World War with the Russians to enrich the fictional International Zionist Masters of the Universe (IZMOTU), better known as ZOG, who — according to anti-Semitic conspirationalists like Mr Jones and his friends — are shape-shifting Satanic worshipers of Baal who seek to enslave mankind (also untrue).”

Ms Haley reminded reporters that the President is taking this attack on Mr Jones very seriously,  but stopped short of  confirming that Mr Trump is meeting with Bibi Netanyahu for clarification on next steps.

“The President relies on a wide-range of advisors,” Ms Haley explained,” not just Mr Netanyahu and AIPAC.

“And whereas it’s fair to say he might have advisors who are Bilderbergers, wealthy oligarchs,  Internatioal Jewish Bankers beholden to the Rotchschild family, and perhaps members of the Trilateral Commission,  the President  has no such affiliations himself  — at least none that we are aware of.

“And no I am not making a secret Masonic sign right now with my right hand; I’m simply indicating my allegience to the Demon Azazel, the dark lord of weapons of war and cosmetics!”  (laughter)