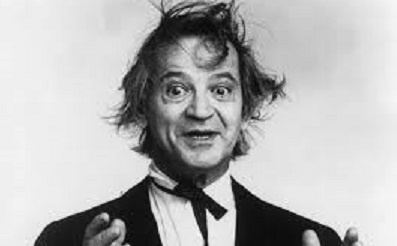 VEN (WASHINGTON) — Psychics, parapsychologists,  and alien watchers alike  are wondering  today if perhaps #NeoconDon as President Trump is being referred to after Friday’s attack on Damascus, is actually a shape-shifting reptilian from the Draco galaxy,  much like the last four US presidents, Barbra Streisand and the royal family.

“Many people are incorrectly arguing,” renown ufologist Professor Irwin Corey explained Saturday,  “that Mr Trump — like his predecessors —  is merely a captive pawn of Israel, and that the Israeli lobby pressured him to attack Syria despite its lack of strategic advantage to the United States, because — let’s face it, they say — such an attack only benefits Israeli interests in the Middle East.

“Then they speak about  trajectories.

“Well, what these alt-right pundits forget is that the sum of the cyclic hypotenuse and any two angles of tensor vertices is equal to the co-tangent of the obtuse seraphim. Where the angles are expressed in radians per some time unit I forget, but will come back to in overdue time, yielding feathers per flap. 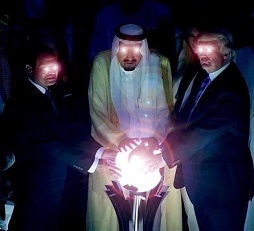 “They also fail to realize that in all likelihood President Trump is an alien,  carrying out what Jim Marrs referred to as the alien agenda  crafted by one or more malevolent species from other galaxies who perpetuate discord, war, and disharmony on the planet Earth for reasons that as yet remain unclear to us.

“The thing to remember, however, is that without this great land of ours, we would all drown.

“Maybe these aliens set things in motion and bet on the outcome?  Maybe this is one HUGE reality TV show produced to delight fourth-dimensional beings in the Orion galaxy?  Or maybe we were a genetic experiment gone wrong or interrupted.

“Or maybe — as Alex Jones suggests — we are a prison planet where bad souls from other dimensions are sentenced for their crimes — a sort of Purgatory where like marriage everything’s a bank account — you put it in, you take it out, you lose interest.

“But to suggest that Washington takes its marching order from Tel Aviv — even though beauty is in the behind of the observer — that’s flat earth stuff!

“I mean who in their right mind would believe that?  Today we must all be aware that protocol takes precedence over procedure.

“People ask me, Professor, what advice would you give President Trump if he is not a space alien, and I tell them I did give Mr Trump advice, several years ago in New York.