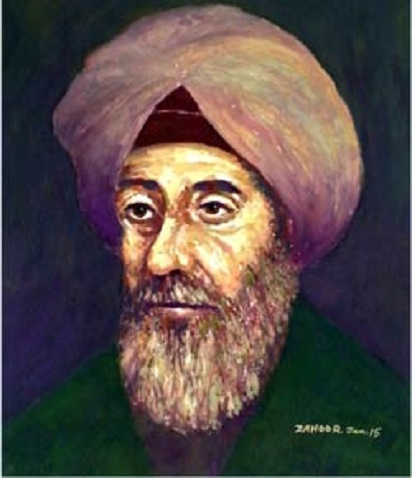 VEN (LONDON) — Not only is Queen Elizabeth reputedly descended from the Prophet Mohammad from a goat on her spindle side, but now scholars have determined that the so-called Norman invasion in 1066 was in fact led not by a Norman, but by Alik Ali Ben “Kasey” Kasam, a fierce Saracen warrior chief who spent 20 years in France affecting the guise of an effeminate cross-dressing troubadour named Guillaume le Conquérant for his many notorious gay assignations in Picard and Normand.

The first thing Ali Ben Kasam did after conquering the native Anglo-Saxons and marrying a small English goat named Rohesia, was to build a victory mosque along the Thames in London, which in later centuries was transformed into what we know today as the Tower of London, as subsequent generations of Englishmen sought to deny their Islamic past.

The revered outlaw Robin of Locksley, known far and wide as the legendary Robin Hood, was not in fact an Englishman at all, but the Saracen Abd er Rahman, who — in the name of Allah and despite being relentlessly pursued by the crusader Sheriff of Nottingham — stole from the infidel to give to the small, poor devout Islamic community seeking sanctuary in Sherwood Forest (which is itself an English corruption of the Arabic El Shera Kaffir-est).

“What many Englishmen fail to realize, ” Dr Rupert Willingham-Moore, Professor Emeritus of Islamic Studies at Cambridge University and Senior Kim Philby Fellow explained to reporters, “is that Abd er Rahman organized the first grooming gang in the midlands, which adds a certain shall we say piquancy to his relationship with the 12-year-old Maid Marion, who by all accounts was something of a slatternly little tart herself, and who — shall we say — very much enjoyed the attention of the Saracens who gave her cigarettes, treacle, and if the chroniclers are to be believed, endless mazers of mead mixed with ergot and honey.

“She was — as we might say today — somewhat hot to trot, and — like the little girls in Telford — most definitely asking for it!”