VEN (LISBON) — To Balduino Silva, a retired snail farmer from Alentejo, it was like the Miracle of Fatima right in his own home!

“How long they have been here, no one knows.  But perhaps — louve a Deuss — this explains why I once won 200 Euros in the local lottery and for my entire adult  life never once caught a cold or had to take my shoes to the village cobbler!” 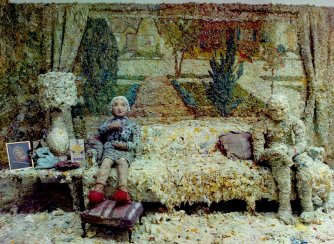 The “they” Senior Silva refers to is the tiny Lint Family living in his dryer vent, along with a menagerie of lint animals and strange creatures that archaeologists are likening to the mysterious animal carvings on megaliths at Turkey’s Gobekli Tepe.

“My crew started to extract the

impacted lint from the dryer vent, ” Jonatas Da Luz explained to reporters Saturday, “and we heard what sounded like barking and tiny screams!  It was fantástico!

“A whole little world of strange lint creatures!  It was like Gumby come to life, only made out of lint instead of clay!”

Astonishment soon turned to alarm and then consternation, as the local priest condemned the criaturas feitas de fiapos as instruments of the devil, and the Bishop insisted that the Portuguese government provide him with the means to conduct exorcisms on every dryer vent in Alentejo — “Who knows what evils might be lurking there in these dryer vents hidden from the eyes of God?!”

But for Senior Silva, the criaturas feitas de fiapos are no more.

“They must have heard that the priests were coming for the pequenos fiapos, and so they took their families and animals and fled to the dark side of the moon where the priests could never find them!

“I will miss them always.  Now I am catching a cold, and of course — without my little lint friends  — my shoes will soon need mending. 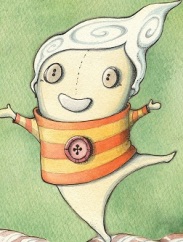 “Now that The Pope has decreed there is no Hell or Eternal Damnation, the clergy are like a pack of wild pansexual dogs — even a little boy made of lint is made to live in fear of them!

“It is truly the great tragedy of our time!”