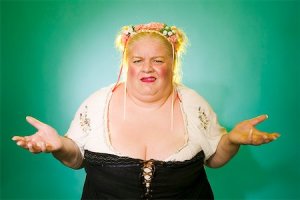 “At first everything was wonderful,” Ms Reingold’s plaintiff’s attorney Algonquin J. Calhoun told VEN‘s Senior Litigious Correspondent Rusty Sabich Monday, “but then everything changed.  And not for the better.  This so-called counselor clearly has some serious issues with the feline LGBTQ community!”

According to the lawsuit filed with the Milwaukee District Court,  Ms Reingold is seeking 2 thousand (USD) for damages and lost wages and another 40 million (USD) for  pain and suffering, after the grief counselor — Abigail Wellford — told Ms Reingold during their 20th session to “Get the f*ck over yourself.  It’s just a f***ing cat, for Christ Sake!”

“My client was devastated.  She quit her job at Kinko‘s, locked herself in her bedroom, and binged on catnip and Irish Mist for two days Snapchatting pictures of CatLynne and live-streaming her ordeal on Facebook, before concerned friends finally called 911.”

The now former Grief Counselor, Abigail Wellford — who is currently studying to become a  Detention Deputy at the Milwaukee County House of Corrections — could not be reached for comment.