It’s another sunny day in beautiful Southern California,  but inside mega-star Barbra Streisand’s breathtaking Oceanfront Estate at Point Dume in Malibu grey clouds and mist seem to fill the air. 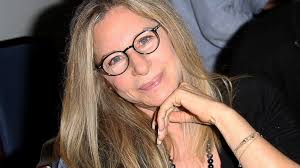 “It’s not that,  you know, I wanted to be sexually harassed or assaulted,” a verklempt Ms Streisand explained to VEN‘s Senior Celebrity  Shande Correspondent Rhoda Morgenstern.  “I mean God forbid I’d want to  meet someone who isn’t a balebatisheh mentsh — that would be just, well, you know,  totally fakakta!

“Maybe it has more to do with the hashtag.  Of feeling like you belong to something important.  Or this crazy schnozzola!  I really don’t know.”

Ms Streisand was referring to an interview she recently gave in which she stated that — unlike the aggrieved actresses in the  #MeToo movement — she herself  had never been “sexually mistreated” during her career, because — unfortunately —  she “wasn’t like those pretty girls with those nice little noses.”

“But what about your so-called mystery man,” we asked her. “Your Mr Calabash?  The tall, blonde, brash, aggressive, loud,  slightly boorish entrepreneur from New York who — as the rumor mill would have it  — made you dress up as a man,  smoke

cigars with him at his private club,  and engage in edgy S&M fantasies that became the basis for the movie 9 1/2 Weeks, as well as  your own inspiration for Yentl?

“Wasn’t that a form of abuse?  Maybe even sexual abuse?”

“You know, I think about that meshugana  zaftig putz  almost every goddamn day,” an angry Ms Streisand replied.  “And not in a good way.”

“But I’ll tell you something.  That kasnik nebish  —  he was the only man I ever met  who really made me forget this farshimmelt schnozz of mine.