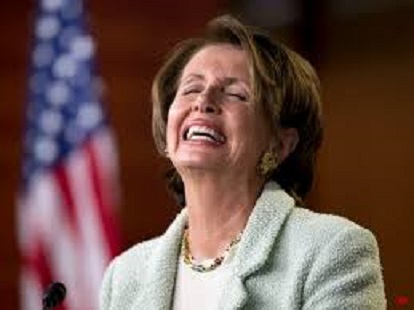 VEN (WASHINGTON) — K Street Domnio’s workers became suspicious Thursday after they received five Internet orders from someone identifying themselves as Nancy Pelosi in a matter of 20 minutes.

“We realized it was a prank of some sort after the second order,” one anonymous employee told VEN, “because Ms Pelosi never orders without using a coupon, and always gets a 30 of Coke with her extra-large Cali Chicken Bacon Ranch pizza.

“So when we saw the second order for a small Honolulu Hawaiian we knew something was up, and contacted the FBI.”

According to authorities, agents were able to trace the location of the cell phone on which the orders were being placed to Jeff Flake’s office in  US Capital Building,  but as they approached Mr Flake’s office, another pizza was ordered from another location in the Capital Building, which turned out to be Ms Pelosi’s purse as she was engaged in a hallway conversation with an aide to Chuck Schumer (D-NY). 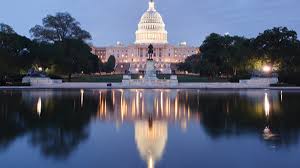 “All we can say at this time officially,” an FBI spokesperson told VEN, “is that it appears that someone — as yet unidentified — hacked into Ms Pelosi’s iPhone and began using it to order Domino’s pizzas via a Bluetooth connection from what appears to be a personal, CamSoda peripheral device located in a black silk bag inside Ms Pelosi’s purse.”

“We contacted CamSoda, and they will work with Ms Pelosi’s IT staff to ensure that going forward the peripheral device is secure.”

The Congresswoman will not be charged for the pizzas, which are being donated to charity.