As the Toronto Sun reported:

Reactions in both Canada and Cuba were mixed, with the harshest criticism coming — as expected — from Quebec. 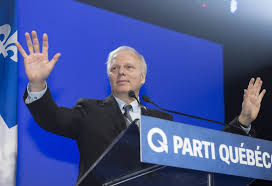 Jean-François Lisée, leader of the militant  Parti Québécois, denounced the move as injurious to French Canada.

“Now we must change all of our signage to say that no English or Spanish is allowed to be spoken or written in Quebec?!  Who will pay for this??  And what will we do with the current signs?

“Build a luxury hotel for cats and little dogs in Sherbrooke?  Try to make an airplane with them?  Use them as kitsch decor in the gentlemen’s clubs on St Catherine’s Street?  Or if all else fails, sell them to the Chinese or to Americans on eBay?  Once again, Ottawa does whatever it wants without regard for French Canada!” 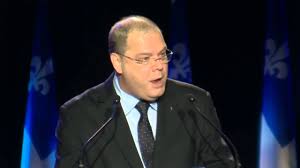 “This is not a situation that can be solved by just getting a bigger hammer.  Quebec is out of bigger hammers, and has been for a very long time!”

Meanwhile, in a tiny fishing village outside Baracoa,  Cuba,  Manuel González and his brothers Paco and Ramon were building a bigger raft to take them and their family to Canada. 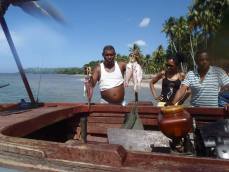 “My wife and daughters can speak of nothing else than someday eating poutine and oreilles de crisse!

“And none of us has seen snow ever in our lives!

“It used to be that people here would seek freedom in the Florida Keys or Miami.  But now that we are part of Canada, we will build even bigger rafts with many more tires and perhaps even a sail to take us to  our new homeland in  Toronto, Montreal or — Si Dios quiere — Quebec City!”