VEN (WASHINGTON) —  Responding to President Trump’s alleged reference to Haiti and sub-Saharan African countries as shitholes during bipartisan immigration discussions Thursday at the White House, Clinton Foundation spokesperson Craig Minassian told reporters Saturday that the Clinton Foundation is interested in sponsoring the 2022 Winter Games in Port Au Prince, and will begin soliciting donations “effective immediately,” while Chelsea Clinton and her mother prepare for negotiations with the International Olympic Committee and China, sometime in early 2019.

“We will need to build a series of giant venues RIGHT NOW to show the world that Haiti is the ideal site for the Winter Games, including a state of the art nuclear facility to create the 200,000 metric  tonnes of snow and ice from sea water required to turn Port Au Prince into a goddamned winter wonderland!”

Haiti’s ambassador to the United States — His Excellency, Paul G. Altidor — reinforced Mr Minassian’s  contention that the hardworking people of Haiti — known for their resourcefulness after killing the entire white population of their country in 1804 — are more than equal to the challenge.

“Why just the other day,” Mr  Altidor explained, “we passed a non-binding resolution outlawing unprotected sex with goats and chickens — and the people cheered!”

As reporters began questioning Mr Minassian,  the Haitian ambassador appeared to undo his trousers and reach behind himself in a half-squatting motion.

Suddenly, he raised up his left hand,  holding what appeared to be an unusually large amount of his own excrement, which he flung at the American flag next to the dais. 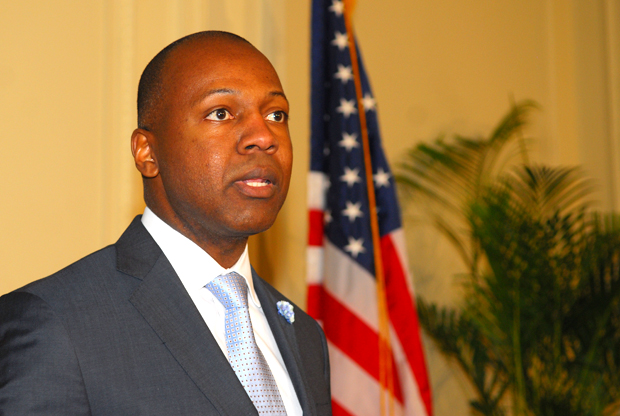 Almost the entire  Washington press corps — realizing what the ambassador had done — broke out in a resounding chorus of cheers.

“You are the uncivilized one, Mr Shitpants!  Mr Shithole Trump.  Not Haiti!  And our skiers — channeling the dark Voodoo zombie powers of Papa Doc Duvalier, the Tonton Macoute, and Baron Samedi  — will utterly destroy you in the Giant Slalom and the Luge!”