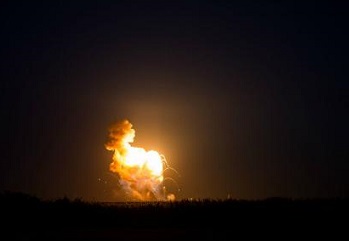 Three reindeer sustained minor injuries, while Santa and his helpers were unharmed.

According to his posts on social media, Blixem The Reindeer changed his name to Ali  Muhammad Baqri in October 2017 after becoming radicalized by a small herd of Islamic fundamentalist goitered  gazelles who had been relocated to the North Pole from Afghanistan in 2015.

“He felt over-shadowed by the other reindeer, especially Rudolph,” a close friend told VEN Monday.  “I think he was trying to make a name for himself by blowing up the Jolly Old Elf and destroying Christmas.”

Why the jihadist reindeer waited until Santa had completed delivering presents to blow himself up remains unclear, although authorities are not ruling out the strong possibility that Blixem may have been French-Canadian.

Klaus-Feinstein, Inc — the owners of Christmas —  could not be reached for comment, although anonymous sources tell VEN that senior KFI executives are rumored to be in discussions with Academi (formerly Blackwater) to provide additional 24/7 security for Santa’s Workshop and residence at the North Pole.

Meanwhile, Asadi Ghafoor — the leader of the goitered  gazelle herd –told authorities Tuesday that the gazelles were unaware of Blixem’s murderous intentions.

“We knew him as  only as Ali  Muhammad Baqri, a quiet, devout  reindeer who pulled a small plow, and had no idea he was one of Santa’s Reindeer.”