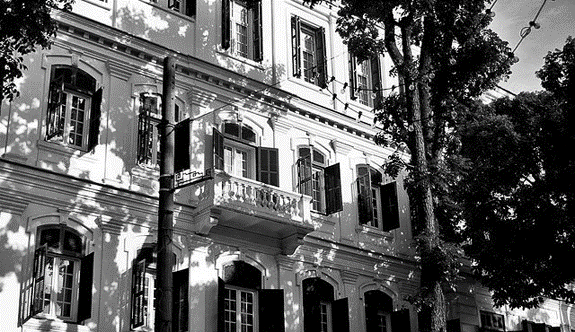 “had a drink” with a young Canadian journalist at the bar of the luxurious Hanoi Metropole Hotel, where she and boyfriend Donald Sutherland were staying.

As Ms Fonda explained to VEN’s Senior Foreign Correspondent Raymond Hicks last Friday, the young reporter — who had been very polite when they first started talking about why the United States should get out of Vietnam — suddenly began propositioning her in front of Mr Sutherland.

“It was like a Jekyll/Hyde transformation.  And it happened quickly.

“He began leering at me, and told me he could take me places I’ve never been before.  It was just ridiculous.  Donald sat there laughing and shaking his head.  Finally, after I kicked him, he told — I think he said his name, his nickname was Tomcat — Donald told Tomcat that we already had a state-appointed guide, but thanks anyway.

“That only served to infuriate the guy!  He pushed back his stool, stood up and told Donald he was just another stupid, fu^^ing moose-fu^^ing Canadian f^^^!  And then he asked me why I would rather be with a f^^ing Canadian when I could have a real American hero who had fresh fruit and cigarettes!  And access to real Swiss chocolate, not that cheap crap you get from the Red Cross!

“This confused us, of course, since he told us earlier that he was from Canada.

“Suddenly, before we could say or do anything, a whole delegation of North Vietnamese officials and generals appeared as if out of nowhere, took Tomcat aside, and began whispering to him in Vietnamese.

“Then they all left together.

“And then the strangest thing happened!  The bartender came over and told us in broken English that it was time for Tomcat to go back to the Hanoi Hilton, where he spent his nights.

“I remember saying to Donald, I wonder if that guy acts like this at the Hilton bar?  Because if he does, he should really start telling people he’s an American!”