VEN (WASHINGTON) —  In a shocking development, Senate Majority Leader Mitch McConnell (D-KY), tweeted out yesterday that he was himself the victim of a traumatic sexual assault when he was a first year law student at the University Of Kentucky!

Visiting Washington with friends in 1965, the cross-dressing Mr McConnell was mistaken by then President Johnson for silent film star Zazu Pitts, as he sat with friends at the bar of the Mayflower Hotel.

“I enjoyed dressing up, as we called it in Kentucky in those days,” Mr McConnell explained to reporters Tuesday, “and had on one of  Mother’s more stylish vintage ensembles.

“While we were enjoying our Scarlet O’Hara’s, one of President Johnson’s aides — I believe it was Billy Saul Estes — came over to our table and invited us to a party at the Old Executive Office Building with President Johnson. 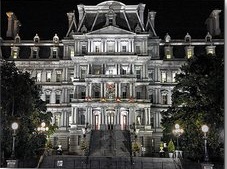 “We were just beside ourselves!

“There was a limo waiting for us outside stocked with champagne and candy, and we were just, well, we were so giddy, we felt like we had died and gone to Heaven!

“But those feelings of enchantment didn’t last very long for me, unfortunately.

“When we arrived at the OEOB,  my friends were diverted by staffers with promises of sweets, while I was escorted into the Men’s Room where the President and Walter Jenkins were waiting for me.

“All I can say about what was — up until January 20th of this year — the worse night of my life, is that I emerged from that experience with the realization that — unlike President Johnson — Mr Jenkins was not only aware that I was not in fact Zazu Pitts, but I firmly believed then — and still do to this very day — that based on what transpired there, Mr Jenkins also realized that — in all likelihood — I was probably a man.

“I’m happy to say that I left that Men’s Room stronger than when I went in, and with my honor intact!  Even though, in my haste to depart, I tripped, broke a heel, and — to Mother’s chagrin — ruined a very expensive pair of her silk stockings.

“And yet there was, however slight, a silver lining to all this.

“The next day, the President had a bottle Jean Nate cologne and a Whitman’s sampler sent over to our hotel room, with a very nice note apologizing for what he called our little misunderstanding, and telling me again how much he enjoyed my films. 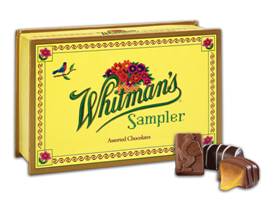 “When I got back to Kentucky later that same week, I swore to Mother on my brand new Angora sweater from  Byck’s that although I might be a Republican in practice, I would — from that moment on — always be a Democrat in my heart!”