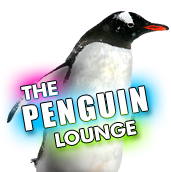 BRIAN KELLY — Jesus, Cinnamon! I told you, I’m not taking any more calls from that sh!t sipping son-of-a-bitch, Swarbrick, OK?  Tell him thanks for nothing! Now stop crying and get me another Crown Royal!  And Cinnamon, let’s make it a double this time, OK?

MANTI TE’O  — Hi everyone this is Manti Te’O filling in for Jack Swarbrick tonight. So, um,  OK — First, welcome to Coach Kelly’s Live From The Penguin Lounge here in beautiful South Bend, Indiana, home to Barry Swirls Manz Country, 220 East Colfax Street right across from the boarded up A&P, next to De’Antonio Jones’s Muthaf***in B!tch Fried Chicken An Sh!t.   Manz Country, where every night is purple thong night.  And where solo twinks always drink for free!  Remember,  tell ’em Coach Kelly sent you! You’ll be glad you did!

Well, Coach, we’re coming off a great win against the always tough and formidable Eagles of Boston College.  I mean, you guys just crushed them! It was like totally amazing!

BRIAN KELLY — Hey, Manti?  You ever go to Manz Country when you played for me?

BRIAN KELLY — Thanks, Cinnamon.  This one’s perfect.  For a change.

MANTI T’EO — Anyway,  since I didn’t have a lot of time to prepare for the show tonight, Coach, Miss Dallas suggested we try something new and use the internet for an AMA session — that’s Ask Me Anything, Coach, where people sign in and —

BRIAN KELLY — So did you know you were attracted to other men when you played for me or did that start later?

MANTI TE’O —  I’m not.  I mean.  Wow, Coach!   This is really something! Our first question is from my girlfriend in San Diego!  Sandy S wants to know why you had to call a timeout on a PAT?  And why were you going for two points in the first place?

MANTI TE’O —  Hahahaha! That’s a good one, Coach!  Sandy’s actually fine!  And she’s 100% female this time! But I appreciate the sentiment!  Oh, Wow!  This is just amazing!  My grandmother has a question for you Coach!  Nana Te’O wants to know why you gained almost all your yards on broken plays and only threw for 56 yards all day against one of the worst defenses in Division I-A!

BRIAN KELLY — You wore a purple thong when we played Alabama, didn’t you, you goddamn fruit!  And you’re probably wearing one right now, right?  You f^^^ing — Hey, Consuela, what’s the beaner word for fag? What? OK, thanks.  Did you hear that, you f^^^ing maricon pendejo queer?!  And tell your dead grandmother it was a respectable 96 yards, OK?  And what the f^^^ did she expect? The sun was in our eyes for half the f^^^ing game, Mary!

MANTI TE’O —  It’s Manti.  I’m Manti, Coach,  not.   And Coach, I’m really not gay.  Seriously. And sure, several of us wore those DayGlo thongs during games.  But they were lucky for us!  That doesn’t make us gay!

BRAIN KELLY — “That doesn’t make us gay!”  Hey girls, look at this catfishing

twink! He was my Paul Lynde, for Chrissake!   If I’d known that then, I would have played him at Center Square instead of  Outside Linebacker!

Ambrosia!  Better get Nancy here another Scarlet O’Hara — and heavy on the cranberry juice! 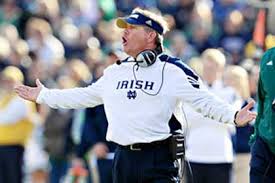 MISS DALLAS  — Well, Coach,  it looks like we’ve run out of time once again. That’s our show for tonight, folks — the importance of broken plays, burning a timeout for no reason,  and shamelessly outing a gay football player and making him cry.

I’m Miss Dallas, helping Coach Kelly shake down some thunder here at the original Penguin Lounge 1212 North Bendix Street. Open every day from noon until 2:00 AM, new shows every hour on the half hour. No cover, no minimum. This week featuring another Penguin Lounge favorite, the lovely, Dixie Cupp, Miss Benton Harbor 2016! Remember, guys, come early, stay late, and bring plenty of dollar bills. Coach Kelly and I always do! So long,  everyone!