VEN (Milwaukee) — After retiring in 2016, Rick Deitrich moved back to Milwaukee and 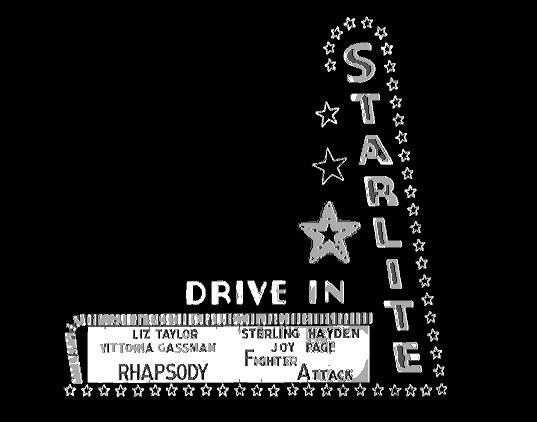 began  listening to The True Oldies Channel 100.3FM as he drove to the lakefront in his restored 1965 white Thunderbird and revisited hangouts from his high school years — places like Big Boy’s restaurant on Silver Spring Drive, Dr’s Park in Fox Point,  and the old Starlight Drive In in Menominee Falls, that used to show first-run films in the 60s and 70s, “which we sometimes watched, but not very often,” a smiling but somewhat subdued Mr Dietrich told VEN‘s  Etta Place  from his holding cell in Milwaukee County Jail Monday.

But it was during a trip down memory lane that led to the Safe House in Downtown Milwaukee  last week where nostalgia turned to sorrow and then to anger and finally to thoughts of  heartache and retribution.

“I was going steady with this girl my senior year of high school.  She was a junior.

“We continued dating off and on during college.  But I went to a private school out of state, so it was difficult. Soon it became a very stormy relationship.  She started doing hard drugs, getting stoned all day, and hanging out with drifters and junkies.  She even had a few militant black friends.  She told me they were Cubans, but they were just local black guys from the inner city.  And they didn’t like me very much.

“After we broke up,  I heard that she quit school, moved in with a drug dealer

on Brady Street, and started panhandling and hanging out at Pritchet’s at The Oriental  and The Bull Ring on Belleview.  She got involved with Father Groppi’s organization and was marching in demonstrations. Eventually, she moved to Madison after her junkie boyfriend ODd, and ended up getting hooked on smack herself.

“She’d call me at college every once in a while, high, crying, and asking for money, wanting to visit me.  But I never saw her again.

“Then last week, at The Safe House, after my first Spy’s Demise,  for some strange reason I  started thinking about her for the first time in over 40 years.  How pretty and how innocent she was when I met her.  And how much I loved her all those many years ago.  And what a rebel she thought  she was listening to Mothers Of Invention and  David Peel And The Lower East Side while everyone else was listening to Abby Road.

“And then it hit me — Hey!  Not only did she lie to me and break my heart and 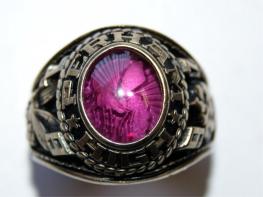 make me wish I’d never been born, but I never got my goddamn high school ring back! When we broke up she kept my f***ing class ring!” 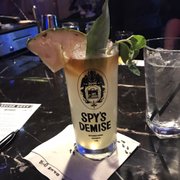 According to authorities, Mr Dietrich began sending the woman a series of caustic, threatening, and at times bizarre emails which were in violation of the Patriot Act.

The woman — who did not reply to the emails — contacted the FBI instead, and Mr Dietrich was arrested at the Safe House bar — while drinking his third Spy’s Demise and still emailing his former girlfriend — and charged with a federal hate crime.

The emails read in part:

This is Rickie.  Remember me??  Rickie?? The guy whose heart you broke??  The guy you said you’d love forever??  The guy you went to prom with — TWICE! I want my [ redacted ] class ring back.    And all my Johnny Rivers albums!

Hey,  do you still have that tube top I liked so much?  And that yellow sun dress?

I missed you so much.

Do remember that time we went to Terre Andrae and it started raining and we were the only one’s on the beach and it was cold and overcast and you told me that you wished the day would never end and that you had never been happier and that you loved me so much and  you would love me forever?

You miserable [redacted] [redacted]!! I keep asking myself, how could I have ever gotten involved with such a cold, heartless,  unfaithful [redacted] lying [redacted]  like YOU???

Maybe we could  meet for coffee?