VEN (THE HAGUE) — Beach-front property in Albany?  That might be a good investment, climatologists warn, if we don’t get our collective acts together.  And soon! 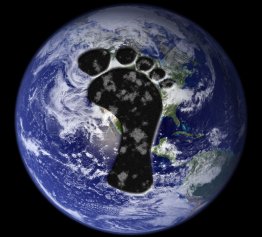 Echoing George Santayana’s admonition that “those who cannot remember the past are condemned to repeat it,” the Union of Concerned Scientists (USC) warn that we may fall victim to the same fate as the dinosaurs if we do not immediately reverse decades of a lethally expanding carbon footprint that has contributed to out-of-control global warming/climate change, and disrupted and perhaps actually destroyed the fragile ecosystem on planet Earth.

As one concerned climate scientist told VEN, “We know from the geological record that our saurian ancestors overwhelmed their environment with flatulent-induced methane gas which — over a relatively brief, 20 million-year period geologically speaking — led to a terrifying green-house effect. In layman’s terms the Earth got very, very hot.

produced a gigantic lightning strike in the Yucatan Peninsula right at the Cretaceous–Paleogene (K-Pg) boundary — the Earth’s atmosphere suddenly  burst into flames, melting the ice at the poles, inundating Atlantis and Lemuria,  and extinguishing most life on the planet.

“But that was just Act I of our devastating, three act climatic tragedy.

“In Act II,  because of all the soot, dust, and ash in the atmosphere caused by the world-wide methane-induced conflagration, the Earth got very, very cold.

“That caused the Great Ice Age when almost all the water on Earth suddenly froze overnight — a kind of Ice-Nine phenomenon — which led to yet another extinction event.

“And all this happened because the dinosaurs — who, unlike us,  had no knowledge of fossil fuels because they had not yet BECOME fossil fuels — didn’t chew their food properly and had no access to carminatives! 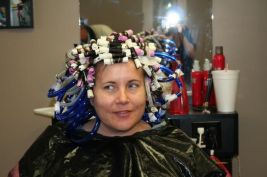 “Imagine what will happen to us in Act III with decades of coal-burning and petro chemicals use!  And millions of alt-right women in the West — who should know better — continuing to get perms!

“Everyone needs to wake up NOW, and start taking this seriously, before we all end up in some tar pit on Wilshire Boulevard, like Triceratops, the Wooly Mammoths,  or Tyrannosaurus-Rex!”