VEN (ATLANTA) — Reeling from accusations of fake news and mounting scandals, under-siege CNN is about to break what Jeff Zucker is telling friends and associates could be the biggest story of two centuries, fully vindicating the struggling truth-challenged cable news network.

According to anonymous sources, CNN’s KFile Team discovered that aviatrix Amelia Earhart was not lost in the Pacific  Ocean on June 2, 1937 nor was she captured along with her navigator Fred Noonan by the Japanese and held as a spy until she was either executed or died of natural causes. 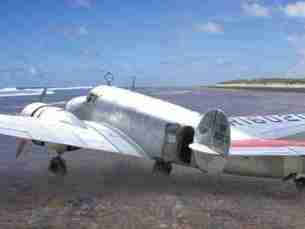 Those were just cover stories.

Instead, CNN contends — citing anonymous sources — Miss Earhart was the key player in an elaborate plot to replace Charles Lindbergh who had become an embarrassment to the FDR administration with his outspoken admiration for Hitler and the NAZI party, and his strong public opposition to the United States becoming involved in yet another European war.

The media outlets at the time reported that Lindbergh  and his wife Anne flew to India at the same time Miss Earhart was on her record-setting global circumnavigation flight in 1937.

In reality, Lindbergh was murdered by two FBI-contracted Mafia hit men in New Jersey with ties to the President’s father,  Fred Trump, and his body disposed of in a field in Long Island, owned by the Trump family. 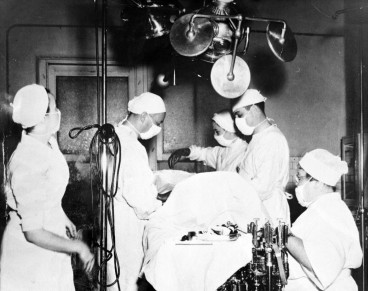 Miss Earhart’s plane did not crash, but landed successfully on a small, unnamed  Pacific atoll, where — over a period of several weeks — a team of highly skilled Chinese surgeons turned her into Charles Lindbergh.

“They almost looked like brother and sister to begin with,” the last remaining surgeon, now 135,  told CNN.  “As crazy as it sounds, the hardest part was getting the cleft chin right.”

According to the same anonymous sources — in a sidenote to the story — Miss Earhart’s navigator,  Fred Noonan, met with a very grisly end.

At Noonan’s insistence, his face was altered to look like Fred Astaire, and for his silence, he was to have been set up for life on an estate in Thailand raising alfalfa and holy basil, with a stipend of 200,00.00  USD/year.

However, in a drunken rage Noonan demanded dancing lessons and more money for his silence,  infuriating his FBI handlers.   They bound and gagged him, tied him to a chair, and forced him to listen to Guy Lombardo recordings until he died.