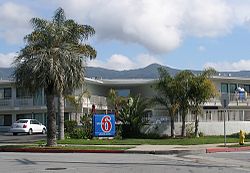 VEN (Indonesia) — Barack Obama — whose lavish vacations while president  earned him the nickname The American Ceaușescu — had his most recent expense report denied by The State Department, forcing him to seek less lavish accommodations on his latest

protracted vacation, this time in Indonesia, where he is revisiting his Islamic roots.

“I guess he was so used to living off of the American taxpayer, he forgot the party’s over,” one senior White House official told VEN Sunday.  “He even billed us for the use of Air Force One, which of course is no longer available to him.  And 5,000.00 for Twizzlers?  I mean, are you kidding me?”

Not one to slouch, the former first lady added her own list of expenses,  including  195,000.00 USD a week for the services of stylist and makeup artist  Derrick Rutledge, an additional charge of 250,000.00 USD for Photoshopping work, and 145,000.00 for several pallets of refrigerated COLT .45 Malt Liquor and Gordon’s gin flown in from the United States on an Air Force C-130.

These expenses were also denied.

Obama spokesperson Kevin Lewis — who was sidelined recently owing to unsuccessful gender reassignment surgery — told VEN that this was simply a clerical error, and that the date on an earlier, valid expense report when Mr Obama was president had mistakenly been changed to 2017.

However, Mr Lewis offered no explanation as to why — after the expense report was denied — the former president immediately moved his family to a MOTEL-6.