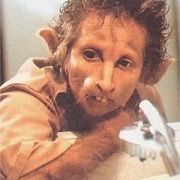 VEN (WASHINGTON) — For the second time in six months, Aldus Jarrett-O’Donnell was  arrested in Northwest Washington, DC, Tuesday night after District Police received repeated complaints of a giant rodent — possibly a Nutria Rat — living in a dumpster behind Comet Pizza.

Earlier this year, Mr  Jarrett-O’Donnell was arrested in Maryland for criminal luring and forced to register as a sex offender, after trying to attract middle-schoolers into his temporary cardboard box residence near the entrance to the Bethesda Metro station with promises of candy, free uranium,  and half-eaten Cuban cigars.