In one variant, players choose a Western country,  draft mosques, and accumulate points 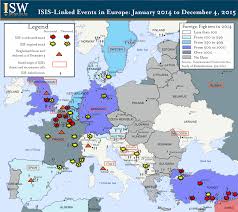 for the number of Islamic immigrants that enter the player’s country and the types of crimes they commit in the name of Islam, including (but not limited to) murders, rapes,  IED attacks, suicide bombings, beheadings, honor killings, FGM, machete attacks, general mayhem, and the abuse of dogs.  The season runs from the Hajj to Ramadan.

not moving against terrorist cells, downplaying the threat that Islam poses to the West, and attacking concerned citizens and labeling them Islamophobes. Points are subtracted for the converse.  The goal is to balance a Marine Le Pen or Nigel Farage, for example, with a Macron,  an Obama,  a Pope Francis, or an Angela Merkel.  The season runs from Christmas to Easter.