VEN (MONTPELLIER, France) — The darling of the French left and globalists alike, Emmanuel Macron (pronounced “maricon”) appears to be a newly-minted French version of Barrack Obama.  Indeed, to the surprise of almost no one, the former American president recently made a video endorsing his doppelgänger Macron over his nationalist opponent, Marine Le Pen.

According to the Indiana Kinsey Institute think tank, the similarities between Obama and Macron are striking: 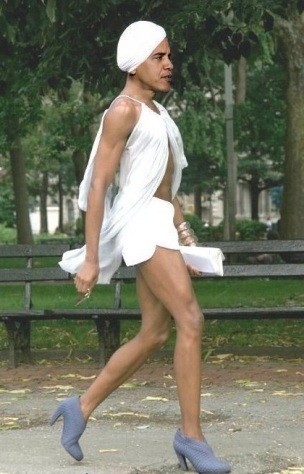