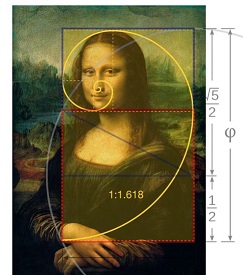 The reticent Mr Kushner also failed to disclose that he had his face reworked by a  renown Swiss cosmetic surgeon, so that if he sits a certain way — like DaVinci’s Mona Lisa — he is a visual proof of Phi or the Golden Ratio, yet another reason why he is so highly regarded by the President.