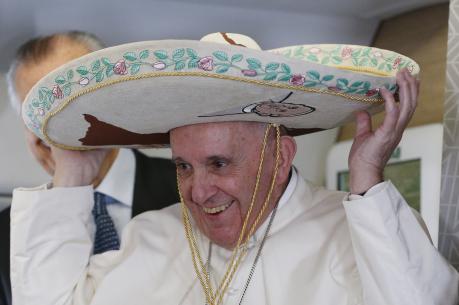 Why conservative Catholics think Pope Francis is a fraud

(THE WEEK) — It’s been four years since Pope Francis kicked off one of the most striking papacies in memory. Within the Catholic world, sadly divided into warring political camps, he is seen as a hero by progressive Catholics and a scourge of conservatives.

Why do so many conservatives dislike Pope Francis? In many cases, because he makes noises they dislike.

Francis has had harsh words against globalized capitalism, has written a major encyclical on the environment, and has been a major supporter of migrants in the crisis seizing Europe. In all these controversies, he actually hasn’t strayed too far from Catholic orthodoxy. But the most charitable version of the conservative critique, which is not unjustified, is that his tone and emphasis make him sound like a straightforward progressive, and risks identifying the Magisterium of the Church with the progressive left.