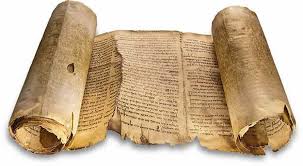 VEN (LUXOR) — The controversial  Gospel According To Tony, a recently discovered gnostic text allegedly found at Nag Hammadi, is creating a sensation among biblical scholars owing to its bizarre doxologies (Trust In The One All-Knowing Merciful God The Father, All Others Pay Cash) and a series of troubling parables praising interest rates, a central bank, income taxes, reverse mortgages, and a troublesome “Sermon On The Account,” where an

exuberant Jesus instructs his  green-eye-shade wearing disciples on the virtues of “quantitative easing” for large brokerages and over-extended mortgage lenders inside a large hotel conference room overlooking The Sea of Galilee.

As one anonymous scholar who studied the Tony Gospel told VEN Monday, “Are we really supposed to believe that Jesus talked to his disciples about puts and calls?  Or how to make money in real estate by flipping houses in a down market?  It’s just really hard to believe.  I mean seriously — did they even have a stock market in Jerusalem or The Roman Empire in 33 AD?  There’s absolutely no evidence of that whatsoever.”

Victor Lustig, the spokesperson for real estate entrepreneur Tom Vu, the man who financed the expedition that discovered the scroll, disagrees.

“We know that Jesus was a practical man.  After all according the synoptic gospels, he told his followers to render up to Caesar what was Caesar’s, in other words to pay their taxes.  This scroll appears to be nothing more — really — than an elaboration on that theme.”

Mr Lustig went on to explain that NagHam, Inc — which owns the exclusive rights to the Tony Scroll® — has qualified operators who specialize in gnostic financial exegesis standing by to assist interested spiritual investors in realizing the Kingdom of Heaven on Earth in their lifetimes for the incredibly low 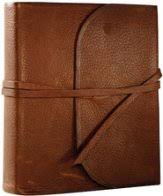 introductory offer of six payments of 199.99, which includes both the patented Jesus-to-Riches Workbook/DVD and an artificial  velum, limited-edition autographed replica of the Tony Scroll® in a beautiful authentic Dead Sea bicast leather binding with gold leaf iron pyrite Mary of Magdalene inlays and a special inspirational financial blessing from all 12 disciples.

Mr Lustig added that for a special introductory price of just 22.99/month, you can also subscribe to a personalized spiritual financial newsletter, The Sacred Investing Epistles of  Saint Paul.

Asked to respond to reports that the original Tony Scroll® appears to have been written with a ball point pen, Mr Lustig explained that a ballpoint pen is hardly something beyond the ken of a  guy who could change water into wine or feed the multitudes with nothing more than a single fish and a loaf of bread.

“To believe otherwise would be a sacrilege!”