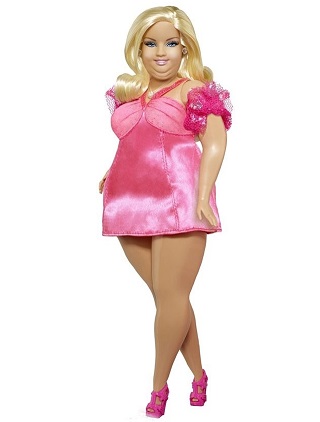 VEN (MONTGOMERY) — An anonymous woman who was 12 years old in 1977, contends that then Assistant District Attorney Roy Moore followed her home from school one day, grabbed her favorite doll, and began undressing it before she screamed for help, causing him to drop the doll and run away.

“I loved my Big Barbie!  And I took her everywhere with me!   In fact, she was my honorary Maid of Honor when I  married my first cousin on my 16th birthday!

“This one day — after school — I will never forget it as long as I live! This man, Roy Moore, he ran up to me, told me he was a powerful man in the community and that my doll had broken the law and had to be punished.

“Before I knew what was happening, he knocked me down, grabbed Big Barbie, and tried to remove her Pink Sheer Chic Taffeta Evening Gown with matching stiletto heels and clutch purse, while pulling her hair and calling her all sorts of shocking, unrepeatable names.

“But the zipper stuck.  And as he struggled with it,  I just screamed and screamed until he ran away.  Later a police man told my father that the man who assaulted Big Barbie was a powerful District Attorney rumored to be a Grand Wizard in the Ku Klux Klan who used to be good friends with Ted Bundy,  and that if I knew what was good for me I had better forget what happened.

“A week later a new Big Barbie Plus-sized Pink Sheer Chic Evening Gown arrived in the mail with a letter that read Sorry if I hurt your doll.  Please forgive my hesitency to apologize.  All the best  and he signed it Love, Roy Moore, 1977, Olde Hickory House Hotel, Room 248.  P.S. I’ve got lots of booze and candy!