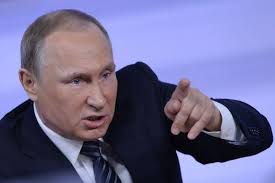 “Vladimir was beside himself with rage,” a man self-identifying as an SVR agent and close friend of the Russian President told VEN.

“After almost killing Anton,  he put on his Super Bowl ring (an ominous sign!) and  began reigning down blows on Dmitry,  until the Prime Minster collapsed unconscious on the floor.

“As he kicked him brutally and repeatedly in the chest, Vladimir kept screaming , ‘Why the F*** did I let you talk me into electing Trump!  We should have backed Hillary like I wanted to after she brokered the uranium deal for us! You give her money, get her husband laid, tell her the daughter looks nothing like Webb Hubbell, and she does whatever you want!   But this man Trump is impossible!  I mean, WTF?! Did you f***ing forget to tell him who got him elected??!

“‘Someone get on Snapchat or WhatsAp right now! And tell him the  fu***ing  vote is off!’, and so I took out my smart phone, and did as I was told.  Thank God Mr Trump was on the Russian Tinder when I IMed him, or who knows what Vladimir would have done next!”