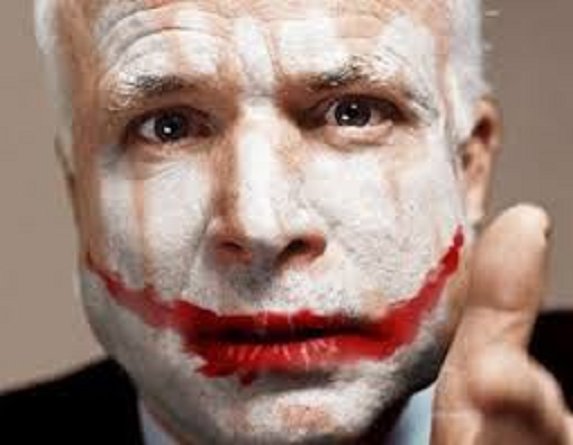 VEN (BRUSSELS) — Overbearing pretend President of the United States, John McCain, bored everyone to death at the pay-for-play Brussels Forum on Friday,  as he  <sigh …> once again scolded the real President of The United States over such petty bullshit that several attendees told VEN that listening to the disloyal, crackpot octogenarian was actually more torturous than being trapped in a broken elevator with their ex-wives.

“It was like fingernails on a blackboard.  The wanker really thinks people care what he has to say!”