VEN (OZ) — Perhaps the most hated wicked witch since Maleficent, 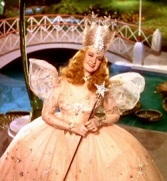 back-from-the-dead Hillary “Covfefe” Clinton bitterly denounced Glinda, The Good Witch Of The South, Wednesday, for preventing her from getting the Ruby Slippers which — along with the lack of support from the Wizard of OZ and the constant meddling of Dorothy Gale and Wikileaks —  cost her the election.

“Don’t think the Munchkins are blameless, either!  The goddamned Lollypop League worked tirelessly with the f***ing Russians to hack my bathroom server.  James Comey and The Scarecrow were fraternity brothers at William and Mary, for Christ Sake!  No one talks about that! The Cowardly Lion writing all that alt-right crap about me on Breitbart.  The Tin Man with his Sick Hillary Twitter bullshit! 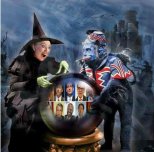 “And the goddamned DNC did NOTHING to help! Not one goddamned thing!  I was alone in my castle in Brooklyn with the flying monkeys and the Winkie Guards and they had no F***ING idea what they were doing!

“Off with their heads!

“Ahh, but the strawberries that’s… that’s where I had them. They laughed at me and made jokes but I proved beyond the shadow of a doubt and with… geometric logic… that a duplicate key to my campaign headquarters icebox DID exist, and I’d have produced that key if they hadn’t of pulled me out of action. I, I, I know now they were only trying to protect some fellow volunteers . . . .

“I can only cover these things from memory. If I left anything out, why, just ask me specific questions and I’ll be glad to answer them.”