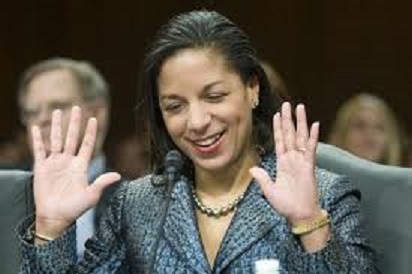 VEN (MARS) — The Adolf Eichmann of the Obama administration, Susan Rice, was apparently for the unmasking of Trump associates before she was against it.   And yes, some, but not all, of the medals she threw over the Capital fence might have been hers, but on second thought, definitely not.  And anyway, what difference, at this point, does it make!?

The Stanford Rhodes Scholar, who earned the equivalent of a PhD at Oxford, continued gettin’ all street wid Mizz Andrea, proclaiming defiantly “I leaked nothin’ to nobody!” demonstrating once again — as she did when lying to the American people about the attack on the Embassy in Benghazi — that despite her stellar education and marriage to a white ABC News executive, she is still after all a strong, progressive black woman from da hood, and therefore untouchable.