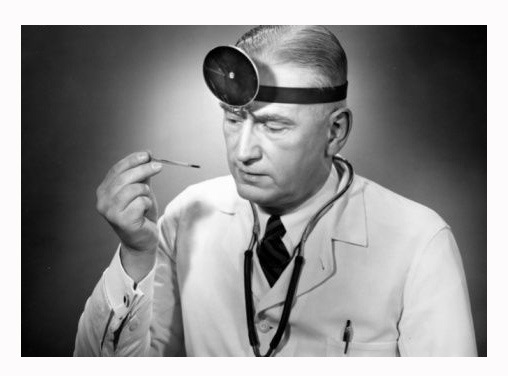 Dear Doctor — Recently my boyfriend was arrested at the local petting zoo.  He said he didn’t do anything wrong, and was just helping one of the heavier sheep get over the fence, but the police say otherwise.

My question — can Garcina Cambogia cause depression, because I’ve been taking it for several weeks and am crying a lot lately.

Dr Vartabedian — According to WebMD, depression is not one of the side-effects of taking Garcina Cambogia.  However, like melatonin it is a serotonin precursor, and we know that high doses of melatonin can cause depression in some people.  Stop taking it for a few days and see if the crying goes away.

Dear Doctor — The other night at dinner, my boyfriend insisted that we order an exotic desert that took a long time to prepare, and then he excused himself to take a business call.  He was gone for almost 10 minutes.  Since I couldn’t get another drink because our ditzy waitress also disappeared,  I redid my makeup.  My question — can heavy mascara and eye liner clog your pores and cause breakouts as well as HPV and Chlamydia?

Dr Vartabedian — Makeup — especially if it’s shared with others,  which we don’t recommend — can cause skin irritation, and yes in some cases this can result in flare-ups. Stop using it for a few days and see if the breakout subsides.  As for your other issue, I’d contact the cosmetics manufacturer and see if their products have somehow been contaminated so — if necessary — they can be recalled and destroyed.

Dear Doctor — Re the following:

Recently my boyfriend was arrested at the local petting zoo.  He said he didn’t do anything wrong, and was just helping one of the heavier sheep get over the fence, but the police say otherwise.

My husband also works in a petting zoo, and does not get along with his boss, who can be demanding and unfair.  “John” has been reprimanded several times for paying too much attention to the goats to the exclusion of the other animals, and this last time he was suspended for two weeks without pay and will be transferred to the DPW.

Needless to say, the stress has really taken a toll on him.

For the last several days he’s been sweating a lot, and complaining about joint and muscle pain.  He says it’s just the flu, but he’s getting worse not better.  He’s also exhausted all the time and has blinding headaches.  He won’t go to a doctor, and I’ve getting concerned.

Dr Vartabedian — Are you and your husband by any chance lacto-vegetarians, and if so do you consume a lot of unpasteurized milk and cheeses made from unpasteurized milk?  If the that’s the case, then your husband may have Brucellosis, and should see a doctor immediately.  And you should notify the farm or market so they can have their milk tested and if necessary recalled and destroyed.

Dear Doctor — Have you heard the one about the first woman president who is also Jewish, and she’s trying to get her mother to attend her inauguration, but the mother ….

Dr Vartabedian — Yes, I have.  And as doctor jokes go,  it’s pretty funny.  Even my wife — who’s a Virgo — pretended to laugh the first time I told it to her, which is really saying something!