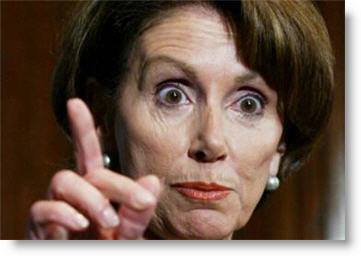 In her own words on Twitter — “Why would the President of the United States put Putin on a pedestal and diminish the greatness of America?”

Really, Nancy?  That’s the best ya got?

Not even no-friend-of-Trump ditz Savannah Guthrie of the Today Show, where Mrs Pelosi repeated her bizarre claim — albeit with  hedges and feints — could abet her oh-so blatant nonsense.

While feckless Democrats and RINOs like John McCain and the increasingly androgynous Lindsey Graham will no doubt echo this fantastic meme in mock  stentorian tones to avoid actually having to govern, perhaps Mrs Pelosi — who’s been acting crazier than normal, recently,  even by her standards  — needs another spa day?