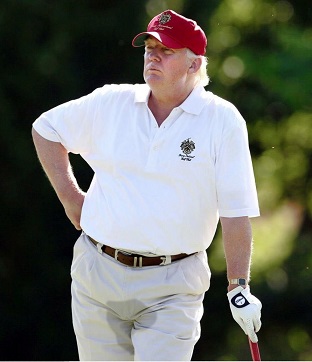 VEN (WASHINGTON) — With one candidate appearing to suffer from profound and irreversible dementia and an incumbent President accused of having a decades-long Adderall addiction which — along with an incredibly unhealthy fast-food diet — has led to permanent incontinence requiring adult diapers, VEN‘s Senior Propagation of Faith Correspondent Marshall McLuhan interviewed both men to determine where truth stops and image manipulation begins on the Presidential Election Trail:

VEN — President Trump, Vice-President Biden, thank you both for taking time out of your busy schedules to meet with me today.

Mr Biden — Hey, man, why why is it that Jill, that Jack and Jill, that John. That I, those three little words, OK, that Biden is the first — listen, man — in, in his family, to ever

Mr Trump — Joe Biden’s too UGLY to be President! I’m not gonna predict the electoral college total, but this will be like a good amateur fighting a real professional, this will be like a kid out of the Olympics meeting the fastest heavy weight champion that ever lived!

VEN — Alright, thank you Mr President. Mr Biden lets start with you. Do you think the conservative press is treating you fairly with accusations that your mental capacity and stamina are diminishing?

VEN — As to your mental capacity, if we could return

DJT — I don’t care! Jill, Joe. I’ll run against all y’all! Whatever you got! And if Joe Biden whoops me, I’m gettin on my hands and mah knees, crawl across the stage, look up at your ugly albino gorilla face and say Joe, you are the champ, you are the Greatest! Now, with everybody watchin’ you gonna do the same?