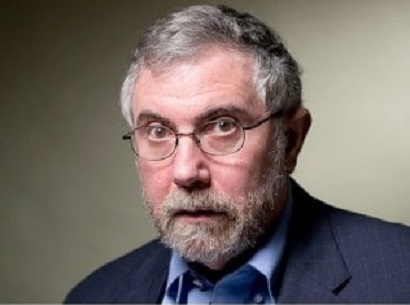 VEN (NEW YORK) — As an embattled President Trump continues to criticize Federal Reserve Chairman Jerome Powell for not embracing negative interest rates — a condition whereby banks penalize savers by charging them for depositing money rather than paying them interest — Nobel Prize-winning economist Paul Krugman — in a surprise move — told Fox Business News Neil Cavuto Sunday that for the first time in his life, he agrees with Mr Trump!

“Paying interest on savings,” Mr Krugman explained, “is inherently racist, and works against people of color.” 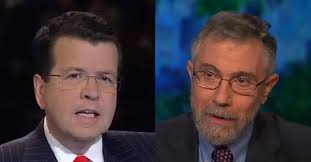 CAVUTO: Correct me if I’m wrong, sir, but as I understand it the black man typically has no savings, because culturally he has evolved to live a very fast life filled with immediate, ever-present existential threats from lions, venomous snakes, other tribes wishing to do him harm, deadly diseases, famine, and of course the Christian neo-colonial toxic white devil who wants to enslave him and misappropriate his labor value.

KRUGMAN: That’s absolutely correct, Neil! Consequently, the black man spends what little money he has immediately for fear of losing it. How else, for example, could anyone hope to explain the volume of Dollar Stores in inner-city communities? Or basketball shoes that cost 1,500.00 (USD)?

CAVUTO: You’re saying that a white person would forgo the basketball shoes and put that money in a passbook saving account, drawing interest?

KRUGMAN: Yes. In fact, the phrase money burning a hole in someone’s pocket to indicate profligacy derives from the reprehensible Jim Crow practice of paying poorly educated blacks with — and this is just astonishing — red-hot pennies and slugs heated over a fire!

KRUGMAN: Which, of course, aside from burning the unsuspecting black person’s hand, would also burn a hole in his pocket as the coins fell hissing and smoking to the ground where — once the they cooled off — they could be retrieved by the scurrilous white overseer, as the poor burnt black man ran off cheated of his earnings, writhing in pain, with yet another hole in his pocket!

CAVUTO: So by giving white people interest on their savings, banks only serve to codify racism and promote white supremacy?

And I’m happy to say that the bankers, led by the Federal Reserve, finally have an opportunity to do just that, and for once level the playing field! 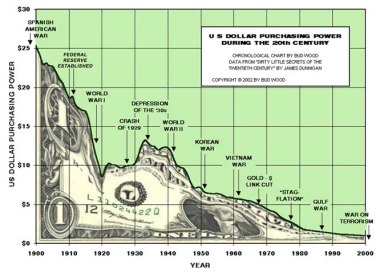 CAVUTO: But playing the devil’s advocate for a minute — in a sense, by enacting negative interest rates wouldn’t the bankers be stealing not only interest but also principal from their depositors, no matter what their racial makeup, while shamelessly enriching themselves?

KRUGMAN: (Smiling) Sure, that’s the anti-Semitic argument, which like the Flat Earthers’ bizarre ravings, has no basis in reality whatsoever.

Neil, as we both know, negative interest rates will be the best thing that ever happened to America! I’m just surprised that Donald Trump figured it out, too!