VEN (CLEVELAND) — In another shocking development, the Cleveland Indians announced Sunday, that not only will their beloved — yet to several non-baseball fans — controversial mascot Chief Wahoo be retired after the 2018 season, but in an effort to become “more inclusive” the team will now be called the Cleveland Social Justice Warriors.

As for the mascot, they’re leaving that up to the fans. 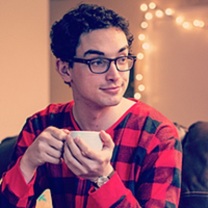 “We had such a difficult time choosing a replacement for Chief Wahoo, that we decided to let our loyal season ticket holders make the call with input from the Southern Poverty Law Center (SPLA) and MoveOn.org,” Head of Operations, Chris Antonetti told reporters Sunday. 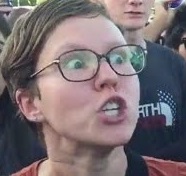 “We’re now looking at three options: Baseball Pajama Boy, Furious Non-Cis-Gendered Attack Lesbian, and for the purists who are having a hard time saying goodbye to Chief Wahoo, Alexandra Ocatvio-Cortez.

“I mean we play in a venue called Progressive Park, right? So maybe it’s high time we started acting like progressives!”

In keeping with their new progressive theme, other changes under consideration include banning American flags, the National Anthem, and patriotic gear; replacing umpires with a five-member panel of board-certified LGBTQ judges;  using Antifa and Black Lives Matter for security; raising ticket prices by 40% to enable undocumented immigrants to attend games; and giving People of Color (POC) four strikes instead of three and

awarding  them an automatic home run in the event they are hit by a pitch thrown by a white supremacist pitcher, as defined by the SPLC and pretend self-identifying black man, Shaun King.

Additionally, the Social Justice Warriors are in discussions with PETA to work towards eliminating leather belts, shoes, and gloves;  replacing  hamburgers, hot dogs, and chicken fingers with soy alternatives;  and using “responsible” baseballs made out of cardboard and hemp.