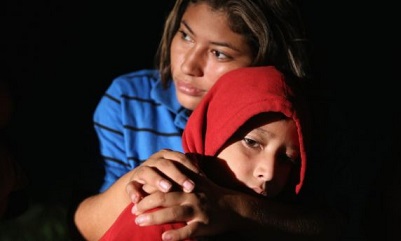 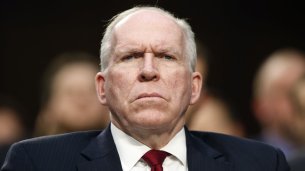 VEN (WASHINGTON) — In a shocking reversal of fortune, anti-Trump alleged Wahhabi Islamic convert and former CIA Director John Brennan has been arrested by the FBI early Saturday at his home in Alexandria, Virginia after agents from the cyber division identified Mr Brennan as the infamous Internet pedophile Lotion the Pumpkin, who has been on the FBI and Interpol’s 10-Most-Wanted list since April 2011, when he was first discovered offering young Mexican and Honduran boys for sale on the Darknet’s infamous Silk Road.

“Brennan is just the tip of the iceberg,” an anonymous cyber agent told VEN‘s Senior Washington Correspondent Tom Welles.  “With his connections at CIA, he was able to orchestrate a world-wide network of peds-for-pay that included senior members of the EU, the Vatican, the Security Council of the UN, the International Red Cross,  the Boy Scouts Of America, and the Peace Corps.

“Trump’s unexpected victory and his and Jeff Session’s focus on closing the southern border with Mexico and bringing pedophiles to justice  have had a tremendous negative effect on Brennan’s organization, which at its height dealt in boys and girls for sale as young as three years old, child pornography, adrenochrome harvesting and sale, and procuring new-born infants from Honduras for Satanic ritual sacrifices.

“It’s absolutely sickening the stuff these people are into.”

Me Brennan was processed at the Alexandria Detention Center, and is being held without bail at an unknown location.

[ Correction (Posted June 23): The original version of this story misstated what happened to former CIA Director John Brennan.  He was not arrested Saturday and is not nor has he ever been a suspect in an international child trafficking investigation.

We regret and apologize for the false story that appeared on our website, and are investigating how incorrect information was in our system and how and why it was allowed to be published.

We apologize to our audience and to Mr. Brennan. There simply is no excuse for this sort of mistake. ]