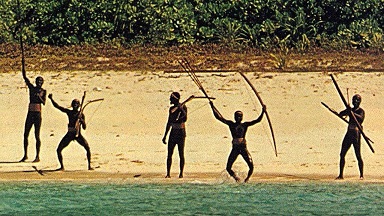 VEN (BERLIN) — Referred to disparagingly as the Ausländer Führer or Leader of Foreigners, German Chancellor Angela Merkel — who has brought more than 18.6 million immigrants into Germany — many of them uncivilized Africans and Muslims who deal in rape, murder, lawlessness, and rapine on a scale not seen since the Russian invasion at the end of the Second World War — now turns her attention to a small,  violent,  isolationist tribe on the tiny island of Sentinel in the Bay of Bengal.

According to The Daily Mail,  the tribesmen of Sentinel are deemed the most dangerous people in the world:

From the sky it appears to be an idyllic island with amazing beaches and a dense forest, but tourists or fishermen don’t dare to set foot on this outcrop in the Indian Ocean due to its inhabitants’ fearsome reputation.

Visitors who venture onto or too close to North Sentinel Island risk being attacked by members of a mysterious tribe who have rejected modern civilisation and prefer to have zero contact with the outside world.

When they do interact with outsiders, it usually involves violence – the indigenous Sentinelese tribe killed two men who were fishing illegally in 2006 and have been known to fire arrows and fling rocks at low-flying planes or helicopters on reconnaissance missions. (Read more @ The Daily Mail)

While many Germans are skeptical of the wisdom of allowing such violent, uncivilized,  Stone Age tribesmen into Germany, Mrs Merkel sees things very differently.  As she told reporters Tuesday in Berlin:

“For a few years, more people have been leaving our country than entering it. Wherever it is possible, we must lower the entry hurdles for those who bring the country forward.  And the Sentinelese people — despite their undeserved reputation for gratuitous violence, idiocy, and xenophobia — are just the sort of people who can — and will — bring continued prosperity to Germany and the European Union! 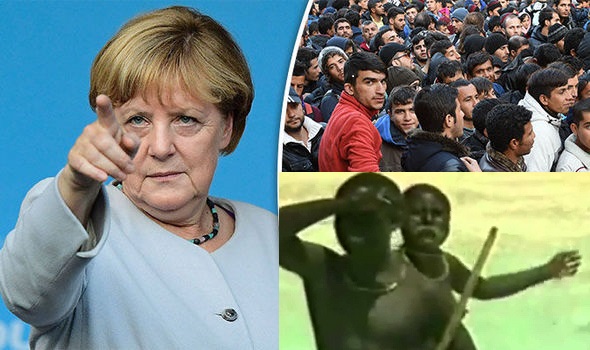 “I say this with great conviction — the Sentinel tribesmen are the future of Germany!  Rather than fear them, we must welcome them with open arms!”